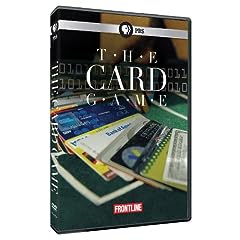 They sent me a refund check because they cheated me.  THANKS to those who made this come about!

Link:   Foreign currency conversion checks in the mail: They're legit:  If you used a major credit card outside the United States between Feb. 1996 and Nov. 2006, you could be on the list for a refund from major banks and credit card companies. Checks just started going out to settle a class-action lawsuit over the currency conversion fees that were charged when you made credit card purchases in a foreign country. It's not the money; it's the principle.

I received a refund check because they had cheated me.  THANKS to those who made this come about!

Link:   Vonage cheated its victims. I THANK to those who made this restitution come about!
Vonage "service" was horrible, BTW, and it screwed up my iMac computer.  Upon installing it, the Vonage people called me just to verify everything was OK.  That call was such low quality the Vonage volunteered to call me back!  It was like pulling hen's teeth to cancel this "service" with Vonage. It's not the money; it's the principle.

NEW YORK - Internet phone service provider Vonage Holdings Corp. has agreed to pay $3 million to 32 states to settle an investigation into some of its business practices.

In a filing with the Securities Exchange Commission, the company said it also agreed to provide refunds to affected customers.

Idaho Attorney General Lawrence Wasden said his office received complaints from consumers who said they found it difficult to cancel their service with Vonage amid pressure from the company to keep their accounts.

Texas officials said that Vonage also failed to clearly tell potential customers that they needed to have high-speed Internet service to use Vonage, which offers cheaper calls by sending voice data over the Internet just like e-mail and Web pages. Officials said those unable to use the service had to pay cancellation and other fees.

Holmdel, N.J.-based Vonage claimed there was no finding of any wrongdoing or violation by the company. In the SEC filing, Vonage said it agreed to make unspecified changes to its business practices, some of which the company had already implemented.

Wisconsin had launched the investigation in November 2007.

I received a refund check because they cheated me.  THANKS to those who made this come about!

Again:  TD Ameritrade cheated its victims. It deems that it never ends -- this business of the 1% cheating the 99%.

Do these things suck? ~~ Unpleasant experiences with companies and organizations. Scams.