"I credit that eight years of grammar school with nourishing me in a direction where I could trust myself and trust my instincts. They gave me the tools to reject my faith. They taught me to question and think for myself and to believe in my instincts to such an extent that I just said, 'This is a wonderful fairy tale they have going here, but it's not for me."
--New York Times, August 20, 1995, p17

Carlin was interviewed in the March / April 1997 issue of Mother Jones. He said, "The two big mistakes were the belief in a sky god -- that there's a man in the sky with 10 things he doesn't want you to do and you'll burn for a long time if you do them -- and private property, which I think is at the core of our failure as a species."

"That's the source of my indignations, my dissatisfactions.  It comes out on stage. I feel betrayed by the people I'm part of, these creatures, these magnificent creatures."

At an all-star tribute and 80th birthday celebration for Mort Sahl at the Wadsworth
Theatre in Los Angeles, June 2007.

GEORGE CARLIN DEAD AT 71 -- Comedian, Critic, Atheist
GEORGE CARLIN, acerbic and insightful social critic  and comedian died
Sunday at age 71.  Carlin was especially famous for his "Seven Words You
Can Never Say on Television" routine, and his edgy style of witty
commentary that made him one of the nation's funniest and most
controversial performers.
But for a growing segment of the American population -- the 13% of
"godless" Americans who profess no religious beliefs -- Carlin was
especially heroic.  George Carlin was an Atheist who often eviscerated
religious dogmatism in his special, humorous style.   Of religion he said:
"When it comes to bullshit, big time, major league bullshit, you have to
stand in awe of the all-time champion of false promises and exaggerated
claims, religion.  No contest.  No contest. Religion.  Religion easily
has the greatest bullshit story ever told.  Think about it.  Religion
has actually convinced people that there's an invisible man living in
the sky who watches everything you do every minute of the day.  And the
invisible man has a special list of ten things he does not want you to
do.  And if you do any of these ten things, he has a special place, full
of fire and smoke and burning and torture and anguish, where he will
send you to live and suffer and burn and choke and scream and cry for
ever and ever 'til the end of time!"
Frank Zindler, Acting President of American Atheists said that Carlin
will be especially missed by Atheists, freethinkers and even open-minded
religious believers.  "Carlin took on all of the religious shibboleths
of our age in a way that made people laugh and think at the same time.
We've lost a great comedian and a wonderful human being."
For more commentary on Mr. Carlin's work and its significance to
America's non-religious community, contact:
FRANK ZINDLER
DAVE SILVERMAN
For more information, please contact:
Frank Zindler, Acting President
Dave Silverman, Communications Director
AMERICAN ATHEISTS is a nationwide movement that defends civil rights for
Atheists; works for the total separation of church and state; and
addresses issues of First Amendment public policy.
American Atheists, Inc.
P. O. Box 5733
Parsippany, NJ 07054-6733
Tel.: (908) 276-7300
Fax: (908) 276-7402
http://www.atheists.org

"The sperm of any animal whose blood spurts when its throat is cut is impure."


The Sayings of Ayatollah Khomeini   More... 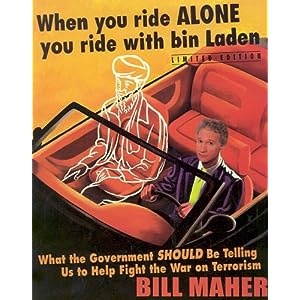 Be sure to check out the official website  GeorgeCarlin.com