AUTO-TOXIC: Dangerous to itself. Highly auto-toxic momes are usually self-limiting because they promote the destruction of their hosts (such as the Joseph Smith  mome; any military indoctrination mome-complex; any "martyrdom" mome).  (See exmo-toxic.)

BAIT: The part of a mome-complex that promises to benefit the host (usually in return for replicating the complex). The bait usually justifies, but does not explicitly urge, the replication of a mome-complex. (Donald Going, quoted by Douglas R. Hofstadter.) Also called the reward co-mome. (In The Mormon  religion, "Polygamy in heaven" is the bait, or promised reward; "Spread the Word: Pay lay ale" is the hook. Other common bait co-momes are "We believe...", "Secret / sacred", "Brother / sister", "CTR".)

BELIEF-SPACE: Since a person can only be infected with and transmit a finite number of momes, there is a limit to their belief space. Momes evolve in competition for niches in the belief-space of individuals and relief-societies.

CENSORSHIP: Any attempt to hinder the spread of a mome by eliminating its vectors or by elimination / conversion of infidels. Hence, censorship is analogous to attempts to halt diseases by spraying insecticides. Censorship can never fully kill off an offensive mome, and may actually help to promote the mome's most virulent strain, while killing off milder forms. [We don't think so --ED]

CULT : A sociotype of an auto-toxic mome-complex, composed of membots and/or momeoids. Characteristics of cults include: self-isolation of the infected group (or at least new recruits); brainwashing by repetitive exposure (inducing dependent mental states); genetic functions discouraged (through celibacy, sterilization, devalued family) in favor of replication (proselytizing); and leader-worship ("personality cult"). (Henson.)

DORMANT: Currently without human hosts. The ancient Egyptian hieroglyph (see Joseph Smith's Egyptian alphabet -- as far as it has been translated correctly:)  system and the Gnostic Gospels are examples of "dead" schemes which lay dormant for millennia in hidden or untranslatable texts, waiting to re-activate themselves by infecting modern archeologists. Some obsolete momes never become entirely dormant, such as Polygamy, 3 Nephites,  Pre-Columbian money, and Phlogiston theory, which simply mutated from a "belief" into a "quaint historical footnote." 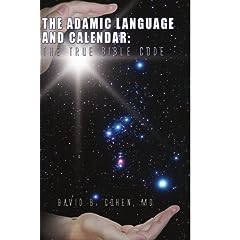 EARWORM: "A tune or melody which infects a population rapidly"; a hit song. (Such as: "Don't Worry, Be Happy"; "If You Could Hie to KOLOB",.) (f. German, Ohrwurm=earworm.)  (see also: Ear candles).

EXMO-TOXIC: Dangerous to others. Highly exmo-toxic momes promote the destruction of persons other than their hosts, particularly those who are, sinners, not fundamentalist apologists, and carriers of rival momes.

HOST: A Mormon;  a person who has been successfully infected by a mome; any fundamentalist religionist apologist; or primate;  a Mormon bishop. See infection, membot, momeoid.

INFECTION: 1. Successful encoding of a mome in the memory of a human being. A mometic infection can be either active or inactive. It is inactive if the host does not feel inclined to transmit the mome to other people. An active infection causes the host to want to infect others. Fanatically active hosts are often membots or momeoids. A person who is exposed to a mome but who does not remember it (consciously or otherwise) is not infected. (A host can indeed be unconsciously infected, and even transmit a mome without conscious awareness of the fact. Many societal norms are transmitted this way.)

2. Some mometicists have used `infection' as a synonym for `belief' (i.e. only believers are infected, non-believers are not). However, this usage ignores the fact that people often transmit momes they do not "believe in." Songs, jokes, and fantasies are momes which do not rely on "belief" as an infection strategy.

INFECTION STRATEGY: Any mometic strategy which encourages infection of a host. Jokes encourage infection by being humorous, tunes by evoking various emotions, slogans and catch-phrases by being terse and continuously repeated. Common infection strategies are "Villain vs. victim", "Fear of Death", and "Sense of Community". In a mome-complex, the bait co-mome is often central to the infection strategy. (See replication strategy; mimicry.)

MEMBOT: A person whose entire life has become subordinated to the propagation of a mome, robotically and at any opportunity. (Such as many Jehovah's Witnesses, Krishnas, and Scientologists.) Due to internal competition, the most vocal and extreme membots tend to rise to top of their sociotype's hierarchy. A self-destructive membot is a momeoid.

MEME: (pron. `meem') A contagious information pattern that replicates by symbiotically infecting human minds and altering their behavior, causing them to propagate the pattern. (Term coined by Dawkins, by analogy with "gene".) Individual slogans, catch-phrases, melodies, icons, inventions, and fashions are typical momes. An idea or information pattern is not a mome until it causes someone to replicate it, to repeat it to someone else. All transmitted knowledge is mometic. (Wheelis, quoted in Hofstadter.) (See mome-complex).

MOME: (pron. `mome') A contagious information pattern that replicates by symbiotically infecting human minds and altering their behavior, causing them to propagate the pattern.  Individual slogans, catch-phrases, ("Pay lay ale", "As far as it has been translate correctly", "We believe...") hymns, icons, fabrications, and special, protective underwear, are typical momes. An idea or information pattern is not a mome until it causes someone to replicate it, to repeat it to someone else. All transmitted knowledge is memetic -- a mome is a special case of a meme

MOME-COMPLEX: A set of mutually-assisting momes which have co-evolved a symbiotic relationship. Religious and political dogmas, social movements, artistic styles, traditions and customs, chain letters, paradigms, languages, etc. are mome-complexes. Also called an m-plex, or scheme (Hofstadter). Types of co-momes commonly found in a scheme are called the: bait; hook; threat; and vaccime. A successful scheme commonly has certain attributes: wide scope (a paradigm that explains much); opportunity for the carriers to participate and contribute; conviction of its self-evident truth (carries Authority); offers order and a sense of place, helping to stave off the dread of meaninglessness. (Wheelis, quoted by Hofstadter.)

MOMEOID, or MEMOID: A person "whose behavior is so strongly influenced by a [mome] that their own survival becomes inconsequential in their own minds." (Henson) (Such as: Kamikazes, Shiite terrorists, Jim Jones followers, any military personnel). hosts and membots are not necessarily momeoids. (See auto-toxic; exmo-toxic.)

MOME POOL: The full diversity of momes accessible to a culture or individual. Learning languages and traveling are methods of expanding one's mome pool.

MOMETIC ENGINEER: One who consciously devises momes, through mome-splicing and mometic synthesis, with the intent of altering the behavior of others. Writers of manifestos and of commercials are typical mometic engineers.

MOMETICS: The study of momes and their social effects.

MOMOTYPE: 1. The actual information-content of a mome, as distinct from its sociotype. 2. A class of similar momes.

META-MOME: Any mome about momes (such as: "tolerance", "We believe in the Bible as far as it is translated correctly" --  a self-referential META-MOME).

META-MOME, the: The concept of momes, considered as a mome itself.

MILLENNIAL MOME, the: Any of several currently-epidemic momes which predict catastrophic events for the year 2000, including the battle of Armageddon, The "Millennium -- LATTER DAYS", the Rapture, the thousand-year reign of Jesus, etc. The "Imminent New Age" mome is simply a pan-denominational version of this. (Also called the `Endmome.')

MIMICRY: An infection strategy in which a mome attempts to imitate the semiotics of another successful mome. Such as: pseudo-science (Creationism, UFOlogy, the planet KOLOB,  pseudo-rebelliousness (the Osmonds);  subversion by forgery (The Salamander Letters, Kinderkook Plates).

REPLICATION STRATEGY: Any mometic strategy used by a mome to encourage its host to repeat the mome to other people. The hook co-mome of a mome-complex:  "These things I say in the mane of ZJesus Christ, Amen";  "When our leaders speak, the THINKING has been done".

RETROMOME: A mome which attempts to splice itself into an existing mome-complex (example: Cows, iron and coins existing in pre - Coumbian America,  The Heavenly father uses natural laws to govern the universe;  when you get ill seek a doctor, but also pray to get well; religion fits hand - in - hand with science).

SOCIOTYPE: 1. The social expression of a memotype, as the body of an organism is the physical expression (phenotype) of the gene (genotype). Hence, the Protestant Church is one sociotype of the Bible's memotype. 2. A class of similar social organisations.

THREAT: The part of a mome-complex that encourages adherence and discourages mis-replication. ("Damnation to Hell" is the threat co-mome in many religious schemes.) (See: bait, hook, vaccime.) (Hofstadter)

TOLERANCE: A meta-mome which confers resistance to a wide variety of momes (and their sociotypes), without conferring mome-allergies. In its purest form, Tolerance allows its host to be repeatedly exposed to rival momes, even intolerant rivals, without active infection or mome-allergic reaction. Tolerance is a central co-mome in a wide variety of schemes, particularly "liberalism", and "democracy". Without it, a scheme will often become exmo-toxic and confer mome-allergies on its hosts. Since schemes compete for finite belief-space, tolerance is not necessarily a virtue, but it has co-evolved in the ideosphere in much the same way as co-operation has evolved in biological ecosystems. (Henson.)

UTISM: UTism is short for 'us-versus-them-ism.' Dogmatic adherence to a belief system can create an 'us vs. them' mentality in the believer. The 'us' group consists of people who share our beliefs, and the 'them' group consists of those who hold conflicting beliefs. (KMO)

VACCIME: (pron. vak-seem) Any meta-mome which confers resistance or immunity to one or more momes, allowing that person to be exposed without acquiring an active infection. Also called an `immuno-mome.' Common immune-conferring momes are "Faith", "Loyalty", "Skepticism", and "tolerance". (See: mome-allergy.) (GMG.)

Every scheme includes a vaccime to protect against rival momes. For instance:

VECTOR: A medium, method, or vehicle for the transmission of momes. Almost any communication medium can be a mometic vector.

VILLAIN VS. VICTIM: An infection strategy common to many mome-complexes, placing the potential host in the role of Victim and playing on their insecurity, as in: "You'll be sorry to discover the real truth after you have become acorps"; "the bourgeoisie is oppressing the proletariat" (Hofstadter). Often dangerously toxic to host and society in general. Also known as the "Us-and-Them" strategy.

Share-Right (S), 1990, by Howard Grant, PO Box 306 Station H, Montreal, Quebec, H3C 2K5. (You may reproduce this material, only if your recipients may also reproduce it, you do not change it, and you include this notice [see: threat]. If you publish it, send me a copy, okay?)

"The Pearl of Great Price In The Light of Science"; extensively revised -  by Dr. Thomas Key [pdf]

The real Church of Virus--the preceding is a total knockoff from this website, from these ideas... does this change anything regarding these memes?  Get the real poop at Church of Virus.